The national progressive organization fights for an economy that works for all, and a democracy in which every voice matters.

MEMPHIS – Shelby County mayoral candidate Lee Harris has received the endorsement of the Working Families Party, a progressive political organization that includes hundreds of thousands of community leaders, union activists and progressive elected officials. Harris earned the support after a vetting process that included input from local and national members of the organization.

“Lee Harris believes that a better economy is possible. Higher wages, better jobs and a quality education for all of our children – that is what we’re fighting for nationally and Lee wants the same things in Shelby County,” said Joe Dinkin, spokesman for the Working Families Party. “Lee is the right man at the right time to serve as the next Mayor of Shelby County.”

“I’m honored to receive the endorsement of the Working Families Party. Their work has helped cultivate better cities and states by advancing progressive leaders and policies. As we work to lift 50,000 people out of poverty and improve the economy in Shelby County for good, I’m proud to have the Working Families Party on our side,” said Lee Harris.

Read Lee’s vision for a New Era in Shelby County at www.leeharrisformayor.com/platform.

Lee Harris is a Democratic candidate for Shelby County Mayor. In 2011, Lee Harris won a seat on the Memphis City Council serving North Memphis and Frayser. He was then elected to the State Senate in 2014, after defeating an incumbent. In the state senate, he serves as the Minority Leader. He is the first African-American to serve in leadership in the Tennessee State Senate. In the state senate, he has championed the causes of Tennesseans, passing more bills in 2017 than any other Democratic legislator.

In addition to the Working Families Party, Lee has been endorsed by The Collective PAC, Memphis for All, Sheet Metal Workers Local 4, Amalgamated Transit Local Union 713, and UCW-CWA.

Lee is a fifth generation Memphis and proud graduate of Memphis City Schools. He's the husband of Professor Alena Allen and proud dad of Lee Allen Harris and Claudia Harris.

About The Working Families Party

The Working Families Party is a growing progressive political organization that fights for an economy that works for all of us, and a democracy in which every voice matters. Working Families believes that our children’s life chances must not be determined at birth, and that America must be a nation that allows all its people to thrive. 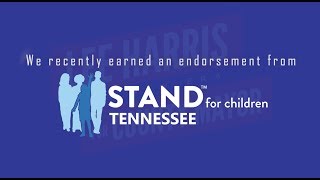